In which coordinate system should we perform geometric and lighting calculations in our renderer? Object space? World space? Camera space? On the face of it, it seems that it doesn’t matter: it’s a simple matter of a transformation matrix to get from one coordinate system to another, so why not use whichever one is most convenient?

There is a problem with transforming geometry to world space, however: floating-point numbers have less precision the farther one moves from the origin. Around the value 1, the spacing between adjacent representable float32s is roughly \(6 \times 10^{-8}\). Around 1,000,000, it’s about \(6 \times 10^{-2} = 0.06\). Thus, if the scene is modeled in meters and the camera is 1,000km from the origin, no details smaller than 6cm can be represented. In general, we’d like more precision for things close to the camera since, well, the camera can see them better.

A few images show the problem. First, we have a sports car model from the pbrt-v3-scenes distribution. Both the camera and the scene are near the origin and everything looks good.

Next, we’ve translated both the camera and the scene 200,000 units from the origin in \(x\), \(y\), and \(z\). We can see that the car model is getting fairly chunky; this is entirely due to insufficient floating-point precision.

(Thanks again to Yasutoshi Mori.)

If we move \(5 \times\) farther away, to 1 million units from the origin, things really fall apart; the car has become an extremely coarse voxelized approximation of itself—both cool and horrifying at the same time. (Keanu wonders: is Minecraft chunky purely because everything’s rendered really far from the origin?)

(Apologies to Yasutoshi Mori for what has been done to his nice model.)

As an aside, I’m happy that the shading is reasonable given the massive geometric imprecision: pbrt-v3 introduces some new techniques for bounding floating-point error in ray intersection calculations that give robust offsets for shadow rays that ensure that they never incorrectly self-intersect geometry. It seems to be working well even in this extreme case of having very little precision available.

Rasterizers generally sidestep this problem completely: typical practice is to maintain a single model-view matrix that both encodes the object to world and world to camera transformations together. Thus, if the camera is translated far from the origin, and the scene is also moved along with it, those two translations will cancel out right there in the matrix; in the end, vertices are transformed directly to camera space and then rasterization and shading proceed from there.

Sounds great; it’s easy enough to do that in a ray tracer, so let’s fix this annoying little problem—a few lines of code to write, some testing, and then time to feel good about having cleaned up a little annoyance.

I went ahead and hacked pbrt to do just this, passing the camera an identity transform for the world to camera transform and then prepending the world to camera transformation before object to world transformations. Thus, for example, triangle meshes transform their vertices all the way out to camera space and the camera views them from the origin. With this change, we get essentially the same image regardless of how far away we move from the origin and the most floating point precision is available where we want it most.

Success? Not quite. For this scene, rendering time increased by nearly 20% with the switch to using camera space, all of it increased time in BVH traversal and ray-triangle intersection calculations; \(2.37 \times\) more ray-triangle intersection tests were performed. What’s up with that? After a little digging and a little bit of thinking, the answer became clear. Here’s a hint: 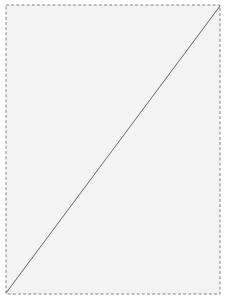 The full camera viewing transform for this scene also includes some rotation and it so happens that many of the triangles in the scene are perpendicular to a coordinate axis or close to it. (So it goes with humans creating scenes in modeling systems.) Thus, we get nice tight bounding boxes around those triangles in world space but fairly bad ones in camera space. From there, it’s inevitable that the BVH we build will be sloppy and we’ll end up doing many more intersection tests than before.

This is a general problem with acceleration structures like BVHs: rotating the scene can cause a significant reduction in their effectiveness. The issue was first identified by Dammertz and Keller, The edge volume heuristic—robust triangle subdivision for improved BVH performance; see followup work by Stich et al., Spatial splits in bounding volume hierarchies, Popov et al., Object partitioning considered harmful: space subdivision for BVHs, and Karras and Aila’s Fast parallel construction of high-quality bounding volume hierarchies if you’re interested in the details.

For this particular case, we can make an expedient choice to restore performance without needing to implement a more sophisticated BVH construction algorithm: decompose the world to camera transform into a translation and a rotation and leave the rotation in the camera’s transformation.

We first transform the point \((0,0,0)\) from camera space to world space to find the position of the camera in the scene. Then, when adding geometry to the scene, we prepend the translation that moves the camera to the origin to the geometry’s object to world transformation, giving us an object to camera-save-for-the-rotation transformation. The camera, then, is only given the remaining rotation component for its not-actually-the-world to camera transformation: it happily sits at the origin and rotates to face the scene, which has been brought to it but not rotated further.

With this adjustment, performance is back to where it was when we started but we’ve reaped the benefits of rendering in camera space: we have the most floating-point precision for things that are close to the camera, which is where it’s most useful. It was all slightly more complicated than originally envisioned, but happily pretty straightforward in the end. While this adjustment doesn’t noticeably improve image quality for most scenes, which tend to be well behaved with respect to where the camera is located and what it’s looking at, it’s good to know that even for challenging viewing configurations, the renderer will still do well.